Anatifa Is A Terrorist Group

Lawness Is Just The Beginning

Is This The End Of Antifa? 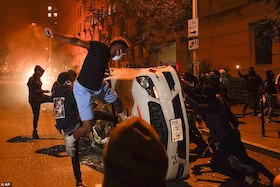 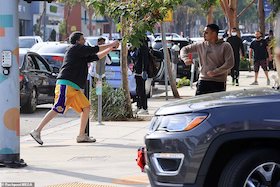 Why is this important?

THE SHORT ANSWER IS:

IT releases the full power of the Federal Government to go after ALL entities, be it individuals, organizations and even members of the government (including congressmen) though many avenues, including RICO.

THE LONG ANSWER IS:

Providing material support to a named terrorist group violates federal laws such as the PATRIOT Act. Basically, if someone wanted to make that case, it’s not outside the realm of possibility they could.

Alongside criminal actions, RICO permits private plaintiffs and the government to seek redress in a civil action. Indeed, perhaps the most controversial aspect of RICO is that the government can seize and confiscate what it deems to be the proceeds of crime through the civil courts.

RICO allows the government or a private citizen to file a civil suit requesting the court to order the forfeiture of assets, to impose sanctions, or to provide injunctive relief against an individual or organization involved in a “pattern of racketeering.”

The civil action provisions of RICO can: force a defendant to forfeit any interest in property, restrict a defendant from engaging in certain future activities or investments, or dissolve or reorganize an enterprise. These penalties were intended to address the economic roots and organizational infrastructure of ongoing criminal conspiracies.