George Soros Gave $33 Million To Them 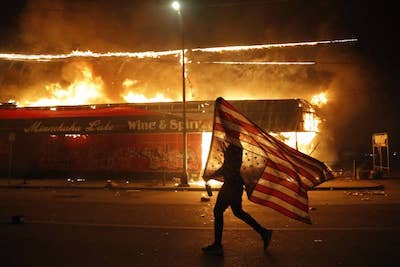 And They Cop Haters 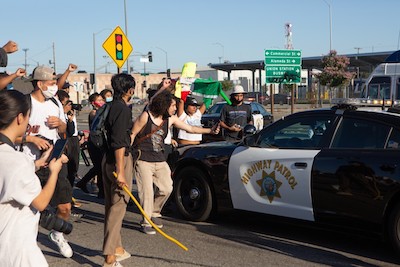 And Are Anti- Americans

And They Hate You! 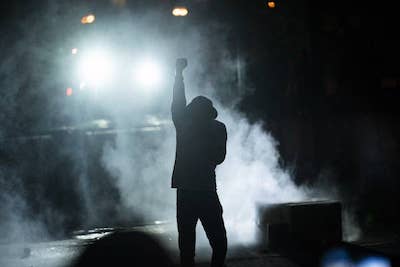 And They Want
Total Anarchy 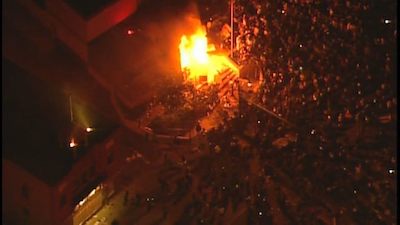 We Believe in the
Rule Of Law

They want NO Law 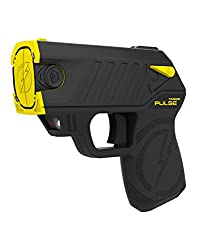 With A Taser Pulse Stun Gun

Over $100 Million From Leftist Groups

The Washington Times reported that, in 2016, the Black Lives Matter coalition raised over $100 million from a series of wealthy liberal foundations including The Ford Foundation, and an additional $33 million in grants from the Open Society Foundation (a George Soros organization), with additional grant-making from the Center for American Progress. (Source)

BLM are Abolitionists. As stated on the Black Lives Matter Website, their stated goal is this:

"We believe that prisons, police and all other institutions that inflict violence on Black people must be abolished" (Source)

According to Guandolo, Black Lives Matter wants “the anarchy. They want the chaos. What they’re doing on the streets today is communist doctrine, because when the chaos happens, then, what you get is a need for law and order and communism is a system that brings order to the community.” (Source)

Just one example of the militancy of BLM, in 2016, 12 Officers Shot, 5 Killed, by snipers At Black Lives Matter Protest in Dallas (Source)

And where is the FBI in all of this? Apparently, asleep at the switch. It seem they have been focused so much on bringing Trump down, that they forgot their main job.

Black Lives Matter Protesters Are Getting Paid (click on bar)

On the surface, it looks like BLM and ANTIFA have literally hundreds of thousands of members across the United States and more than a million strong when you count all those who participate in rioting internationally.

These numbers are as misleading as the purpose of the civil unrest and riots perpetrated by these two organizations who have proven themselves to be nothing more than terrorist organizations since the Ferguson Riots.

The truth is over 90% of the people who show up in all the protests in the US are literally paid protesters hired by Leftist political companies such as Crowds on Demand and a handful of others via Craig’s List, or other on-line advertising sites such as Google, and even local newspapers.

Adam Swart, founder and CEO of COD is literally responsible for most of the organization of individuals gathered for each BLM and ANTIFA riot in the US since his firm does most of the advertising for recruiting rioters and is the company who pays most of them anywhere from $15.00 to $75.00 per hour to take part in nationwide protests.

Of course, George Soros funds these organizations as well as BLM and ANTIFA, and Barack H Obama is responsible for originally organizing BLM and ANTIFA. (Source)

A Shocking Method Of Self Defense!!!

58 Billions Volts On Your Side

53 Billions Volts Of Self Defense

So where is all leading to?

Cops will back off from confronting the lawless and violent. Criminals will see an opening to seize opportunities. The urban poor who look to the police as their only protection will stay inside and lock their doors. And small businesses, realizing the cops may not be there, will sell and move out.

Sounds like the whole point of this is to create anarchy, looting, uncontrolled lawlessness in as many cities as possible.

The Next Move Is Up To You

It's Your Decision - Act Or Loose The Country

And apparently, Democrats are onboard with this. If this isn't an indictment of the Democrats, who have run most of our biggest cities for decades, then nothing is.

The Democratic Party, with its currently leadership, needs to be voted out in the next election or I fear our country, as it stands now, will be truly changed, and not in a good way.

Everyone, that means Republicans, Independents, Democrats, Libertarians and anyone else who cares about the future of America, must vote for ANYONE other than a Democrat, No Matter What That Democrat Candidate Says. You cannot trust them to do the right thing, and even if they want to, because they ARE COMPELLED by the leadership of the Democrat Party to tow the Party Line.

This November, Vote Out The Democrats. Also, be careful of voting for Rhinos, Socialists, or Progressive. They have the same goals and politics as Democrats. As a final reminder, DO NOT BELIEVE THE MAIN STREAM MEDIA! They ARE one and the same of the same animal. They are nothing but the propaganda arm of the Democrat Party. BELIVE THEM NOT! I have links to conservative websites that will supply a more honest version the news, although a few of them are just a little too enthusiastic in their views and can overstate the facts. CLICK HERE for the links page.

You Can Be Part Of The Solution!! Vote Vote Vote